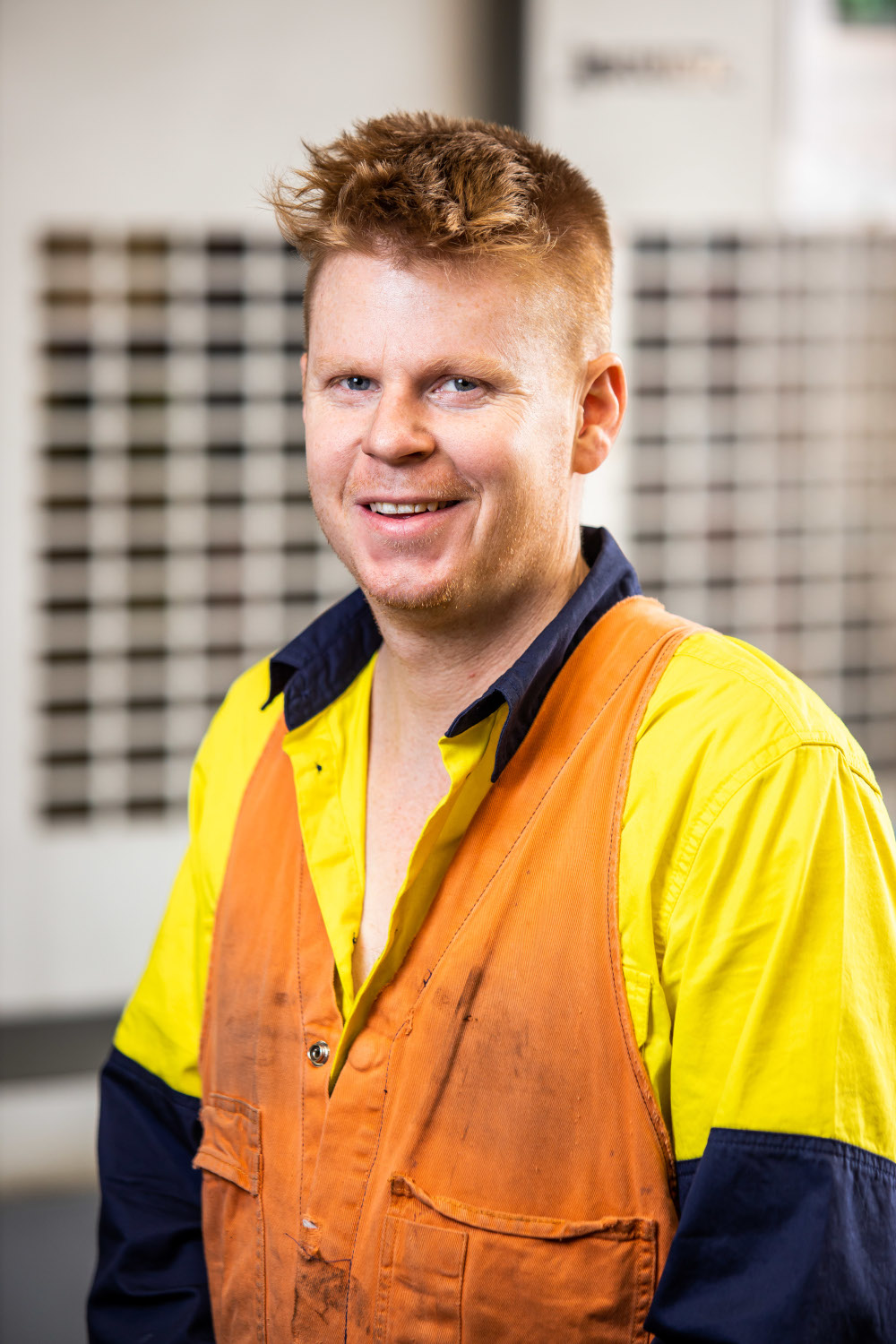 Chris joined us as an apprentice in 2002. As he had been surrounded by engineering workshops all his life, he soon became an integral part of the business. Chris became a fully qualified Fitter Machinist and was awarded with “Apprentice of the Year” in 2007. Over the past 20 years he has gained vast knowledge and experience to become widely well regarded amongst industry peers.

Chris has been the catalyst for our new direction to include advance manufacturing. He is expert in programming, designing and prototyping using the latest in technologies. His knowledge and expertise in working with Okuma Lathes and mills is “mind boggling” and is regarded by Okuma themselves as one of a few best programmers/operators in Australia.